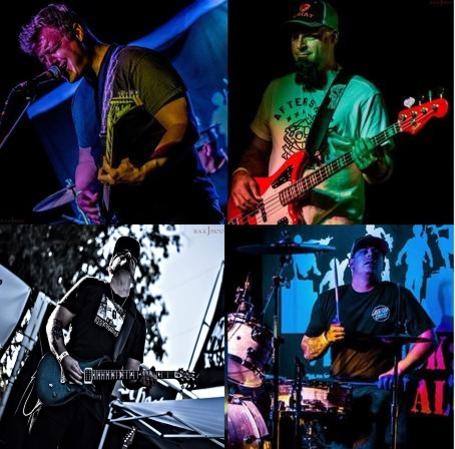 Soulwood is an American alternative metal band from Sacramento, CA.  Formed in 2016, the band was founded by Mark Wood (Vocals/rhythm Guitar) and Ryan Stewart (Bass).  In 2017 Steven Wood (Drums) joined the band and completed the core of what was Soulwood.  In 2018, Adam Green filled the vacancy of the 2nd guitarist.

Soulwood release their self-titled EP in 2017 which included their hit single "GodSpeed" a fan favorite.  Although the EP was never commercially released, it had a considerable impact and has gained the attention of the music scene throughout the greater Sacramento region.

They were selected to perform at the 2018 Norcal Vetstock Festival along the side with national acts Oleander, FLAW, and Smile Empty Sout, and 14 other local bands as well.  Additionally, they recorded a new single "Good As Gold" for the 2018 Vetstock Festivial compilation CD, recorded at JB Studios (Vet-Traxx Project).

The band is currently recording their full length album for 2019 release and will be focusing on writing and performing for most the year.  As a relatively new band to the area, there is much anticipation on what is to come for this band as they develop their signature sound and increase exposure.  Soulwood is definitely a band to keep an eye on!